Read more about our service »

Dansk Vaegtkalibrering A/S is accredited by DANAK to carry out calibration in accordance with DS/EN/ISO 17025 and authorised to verify the accuracy of scales.

Under accreditation number 209, Danvaegt A/S, which later became Dansk Vægtkalibrering, was the first private Danish company to be granted a licence to verify scales designed for purchases and sales.

Dansk Vaegtkalibrering was spun off as an independent company in 1994 to ensure impartiality in verification work.

Over the years since then, we have actively collaborated with the authorities regarding the development of regulations for this work.

Dansk Vaegtkalibrering is audited at regular intervals by DANAK to ensure that our work, methods and processes always comply with the applicable requirements.

We currently calibrate and verify a wide range of different weighing equipment, from laboratory scales to weighbridges, with capacities ranging from 1 g to 150,000 kg.

Accreditation for calibration and reverification 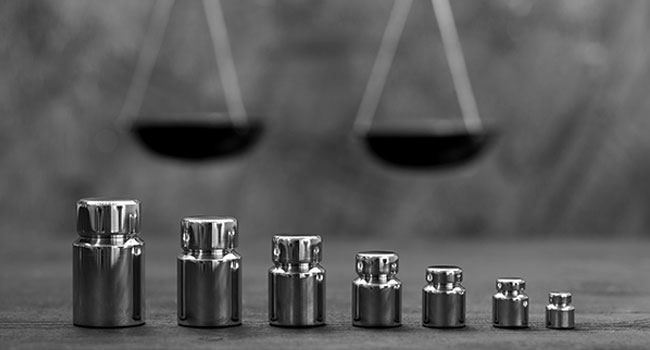 For all tasks, it is of course possible to enter into an agreement that ensures that we automatically perform the task and send the test report/certificate at agreed intervals.